The all-new 2014 Toyota Highlander is making its Canadian debut in Montréal from January 17-26, 2014 at the Montréal International Auto Show.

Soccer moms look no further! This all new 8 passenger vehicle will help you turn heads while carpooling all of the kids to their games in one shot! There has never been a better time to buy a Toyota Highlander! This mid-size vehicle has many changes for 2014 with a full exterior and interior re-design, and has confidently set a new standard for mid-sized SUVs. With suggested prices starting at or below the MSRP on 2013 models, purchasing a Highlander now, buyers get tremendous value for their vehicle-buying dollar.

Let’s take a closer look at this much anticipated SUV. It is now offered in four models to give you the choice of front or all wheel drive:

First impressions do matter. With that said, what have people been saying about the exterior of the all new Highlander? Strong, sleek, yet aggressive. With a bolder front, aggressive grill, and wraparound headlamps, there are many changes to take note of. The new Highlander is 3 inches longer and 0.5 inches wider. The biggest noticeable change however, is from the side profile. The vehicle gives an optical illusion of a slopping rear profile which gives it a sleek new look. With confident acceleration, the Highlander, only available in all wheel drive, comes standard equipped with a 3.5L V6 generating 187 horsepower with automatic transmission on ALL models. 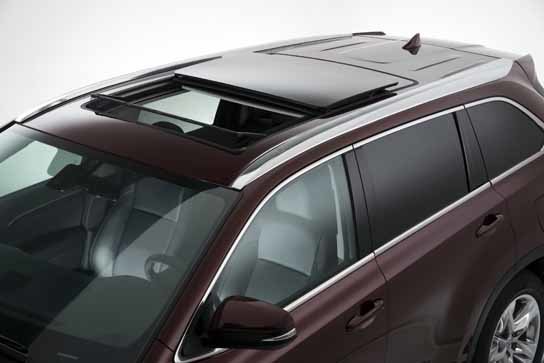 The 2014 Highlander features an upgraded beautiful interior with more comfort than ever before. The biggest news is that this vehicle is now available as an eight-person vehicle allowing it to compete with others in its segment. Featuring the latest generation of Toyota audio and navigation systems, this vehicle comes integrated with a back-up camera with in-dash display. Additionally, 2014 Highlander will include Toyota’s Entune multimedia system as standard with a 6.1 inch color touchscreen. With added functionality, the Bluetooth hands-free phone and voice recognition allows drivers to focus on the road.

A few other things that differentiate the 2014 model from the 2013; Improved cargo capacity (34% more), special shelf on the dash designed specifically for personal electronics, a console box between the front seats designed to hold a large tote bag and optional Easy Speak system, which facilitates conversation between those in the front and rear seats. 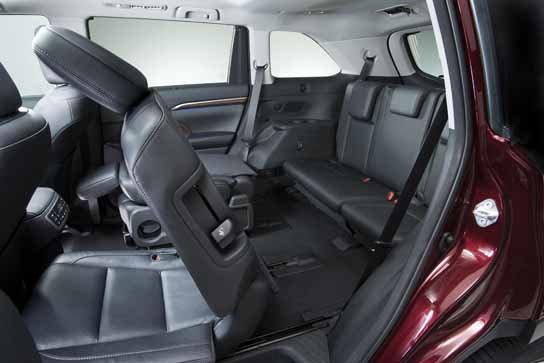 **The 2014 Toyota Highlander will be on display throughout the Montréal International Auto Show, running January 17-26, 2014.