There are vehicles that you can’t help but love, and the 2016 Toyota Corolla S Brampton ON is one of them. This vehicle is incredibly efficient, super affordable and even fun to drive because it has so many great features.

For the 2016 model year, the base model Corolla is largely the same as the 2015 model year, however, there is a new special edition Corolla that is catching everyone’s eye, and there are a few high-tech features that make driving much more enjoyable. Drivers interested in the 2016 Toyota Corolla in Brampton ON can learn more today at Attrell Toyota! 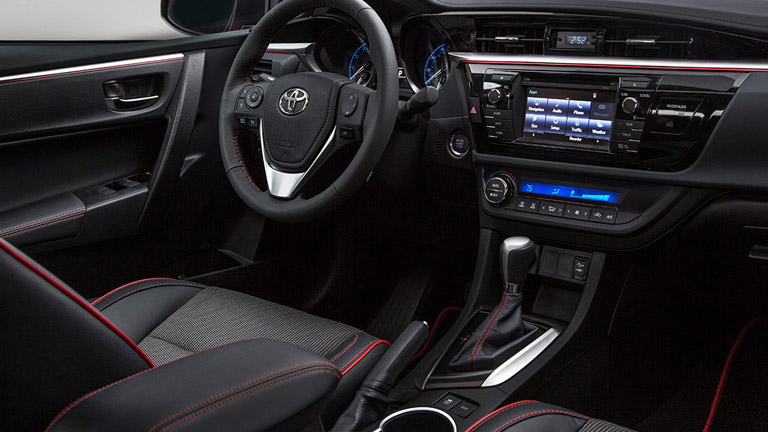 The decision to get a new vehicle isn’t always an easy one, but when you go with Toyota, you will at least know that you have a quality product on your side. The 2016 Toyota Corolla comes standard with a 1.8L engine across the board for each of its four models, and the choice between an automatic, manual or continuously variable transmission.

The 10 available colors allow drivers to build their perfect vehicle, and with the availability of all of the outstanding comfort and convenience features, your new Corolla may just be the most exciting purchase of the year.

For starters, the 2016 Corolla comes with LED headlights that allow it to see and be seen much better. The improved suspension system and low-rolling resistance tires provide a smooth ride no matter the terrain, and the available moonroof provides a feeling of luxury you won’t get otherwise.

Get the 2016 Toyota Corolla at Attrell Toyota!

COVID-19 Update In our continued efforts to protect our staff, guests and greater community, Attrell Toyota will now be offering Emergency Repair Service Only, from Monday – Friday, 8am – 2pm as an essential service. We will continue to adjust our approach by reviewing the best recommendations from our governments and health authorities. For further updates, please continue to visit our website, Facebook and Instagram pages as we will be regularly posting our future plans of operation. Let’s all work together to protect our neighbors and loved ones and make COVID-19 a thing of the past