If you’ve ever wondered if the great crossover/SUV bubble is going to burst, you’ll be waiting for a while. At the annual IAA Frankfurt Motor Show, Toyota unveiled a futuristic crossover concept that will have you gasping for more. Once you see what it is capable of, you won’t just want the gum that makes the bubbles, you’ll want the whole factory. Let’s examine the details of a possible Toyota CH-R crossover release in the Canadian market.

Read More: What Toyota Crosses the Most CFL Fields on One Tank of Gas?

Why Do We Need the CH-R?

Toyota designed the CH-R for mass release at some not-too-far-off juncture, though the exact date has yet to be nailed down. Its next-level diamond-inspired design and bold articulation from the front grille to the roof to the rims make it look like a visitor from another, cooler planet.

We heard that Toyota created the prototype they showed at Frankfurt because it wants to strike a blow for non-conformity in a crossover market that seems to have a lot of similar designs and copycats among automakers.

What Does It Do?

Some features of the CH-R on display in Frankfurt:

Doesn’t this sound awesome? We have only seen the early pictures of the CH-R, but it looks like a unique, amazing creature that we can’t wait to learn more about.

Attrell Toyota is located in Brampton, Ontario, and we have sedans like the Toyota Camry and Toyota Yaris, crossovers like the Toyota RAV4, and trucks like the Toyota Tundra in stock, among other models, so come visit us today to see our cars or to take one for a test drive. We serve the greater Mississauga and Toronto area as well. Please contact us, or for more information about Toyota releases or local events come back here and visit the Attrell Toyota blog. 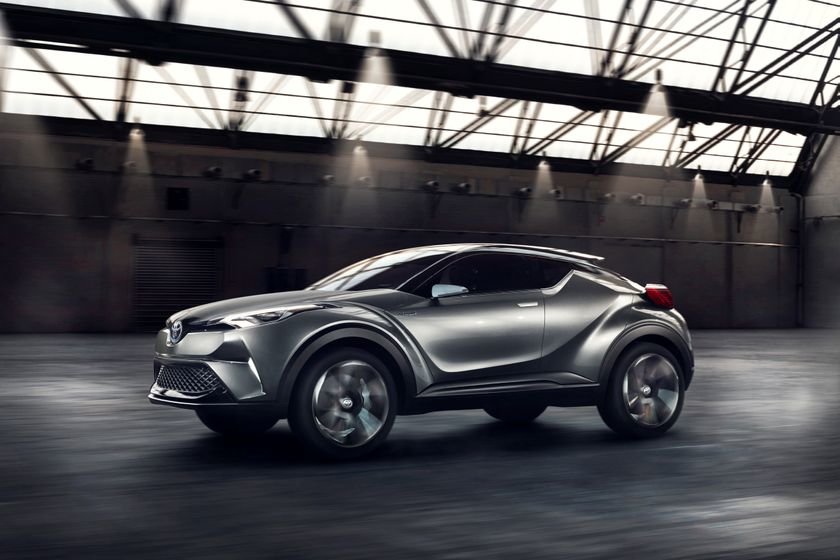